Have you noticed an influx of blue cars on the road?  Yes, it’s a trend that is about to replace white as the most popular car color according to Jane Harrington, who’s a color styling manager in PPG Industries auto-paint unit. Harrington told MarketWatch that she’s noticed more blue cars at auto shows, especially when car makers are revealing a new make or model. In the past, she said, the cars showcased in the reveals were usually black, silver, or red. 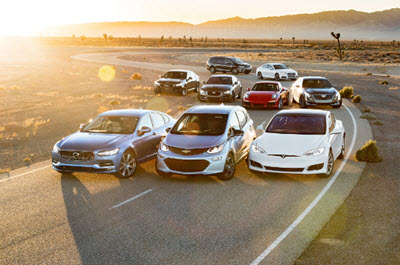 White has been the most popular color for the past five years. The color overtook silver in 2011 which reigned for about 10 years until then. White became a “cool” color that was also a sign of luxury—thus initiating its popularity in recent years.

As for why blue, Harrington explained it’s the “advantage of variety” that the color offers. Blue is versatile and can shift toward gray or green, and can also be made lighter or darker. Essentially, blue is one of the easiest colors to customize.

In the heart of Doylestown, our office sits on the second floor of this red brick building.

We'd love to hear about your ideal Vehicle. Tell us all about it by filling out our contact form.
Or, give us a call at +1 215 932 0921
email us at info@myvehiclepartner.com

Want to keep up with what's going on at My Vehicle Partner? Follow us across our Social Networks.